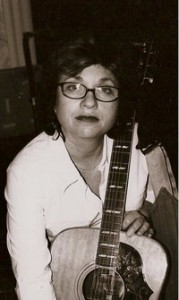 This is another great song from Bonnie Warren. She is one of the premier songwriters on Broadjam and a brilliant lyricist. If one wants to understand how to write a simple lyric that is effective, just listen to her song list. Love Me Southern was co-written with the vocalist on the song, Charlotte Sands.

The concept “Love Me Southern” is excellent, sellable and could find a home “as is” with the right artist. I love the opening line, “Guys in big cities with their fast cars, ya know they aren’t my type.” This really begins to set up the hook right out of the gate. It supports the rest of the lyric and establishes that the singer isn’t into wild or crazy guys, she’s wants a slow and relaxed relationship.

“We can lay here, all morning without any plans” is another great line that does a few things; 1.) It creates imagery 2.) It reinforces the “slowness” concept in the lyric 3.) It reinforces the “Love Me” part of the hook. This is songwriting at a high level.  It doesn’t hurt that the vocal nails this line.

I just love the feel of the guitar playing on this song. It’s a lazy strum that just pulls the listener right in. The part that he/she is playing is certainly not that difficult, but the way it’s played is engaging. The vocal naturally connects with the rhythm of the guitar on “Let’s take it slow like a midnight train.” If this was a different player, it’s possibly that the vocal timing would be altered as well and the entire song could suffer. Great work to the guitar player and singer as well. The song was produced by Chip Martin in Nashville.  I have never met Chip, but everything I have heard from him is as good as it gets. Kudos to everyone on this project.

Great feel, great voice. When I first heard the song, I didn’t think it was the right voice for the demo. But after listening several times, I have warmed up. She has a real Regina Spektor like phrasing to her delivery. She is “current”, has good pitch control and the more I listen, the more I like it.

The writers don’t have to change a thing with this. It is well done, pitchable and easily broadcast ready. However, part of the review process is to give my input. If this was my song and I was going to re-cut at some point in the future, this is where I would experiment. Please see below. 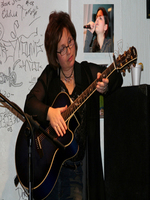 “Let’s take it slow like a midnight train…….Love Me Southern” – I thought this was the set-up to the chorus, not necessarily the chorus. When I heard Love Me Southern the first time, I wasn’t sure if this was the chorus or if the song was going to jump back into a verse, then a big chorus later. I might try adding a bigger chorus or modifying the current structure slightly.

If I was going to keep the line, “Turn back around again”, I would add a few more syllables. It feels a little forced/stretched or it could just be the phrasing of the singer. Maybe re-phrasing would make it work a little better. “Steady rain” didn’t work in the chorus for me as well as it has only a slight meaning in the song. It is more of an adjective to the song, rather than a noun. If this was my song, I think I would have gone from “Georgia, Alabama, Baton Rouge and back again” or something to that effect. This would have left an opening for a different phrase instead of “Turn back around again.” Maybe “Love Me Southern” could have been repeated here or since the opening line was about the big city, maybe a reference to “No Northern hurry/speed/wrecks,” just Love Me Southern.” Obviously, these particular literal suggestions (hurry/speed/wrecks) don’t work, but I believe the concept of Northern vs. Southern could be very powerful if the right words were found.

I say all of this because I know one of the writers, Bonnie Warren, and she is one of the best lyricists on Broadjam. I also know that she loves feedback on her songs. It is clear that she works hard not to use “throw away” words. This song is ready as is, but if it was my song, I might tweak it around the hook. With that said, I feel like Tiger Woods golf coach on this, “you have a little hitch in your swing, but who cares, you still hit it a mile.”

Here is the link to the full band version of the same song.

Great work all around.

Note:  Like I do with all of my reviews, I sent it to the writer to review.  Bonnie had some awesome insights into some of my thoughts.  I will ask her to post them here.